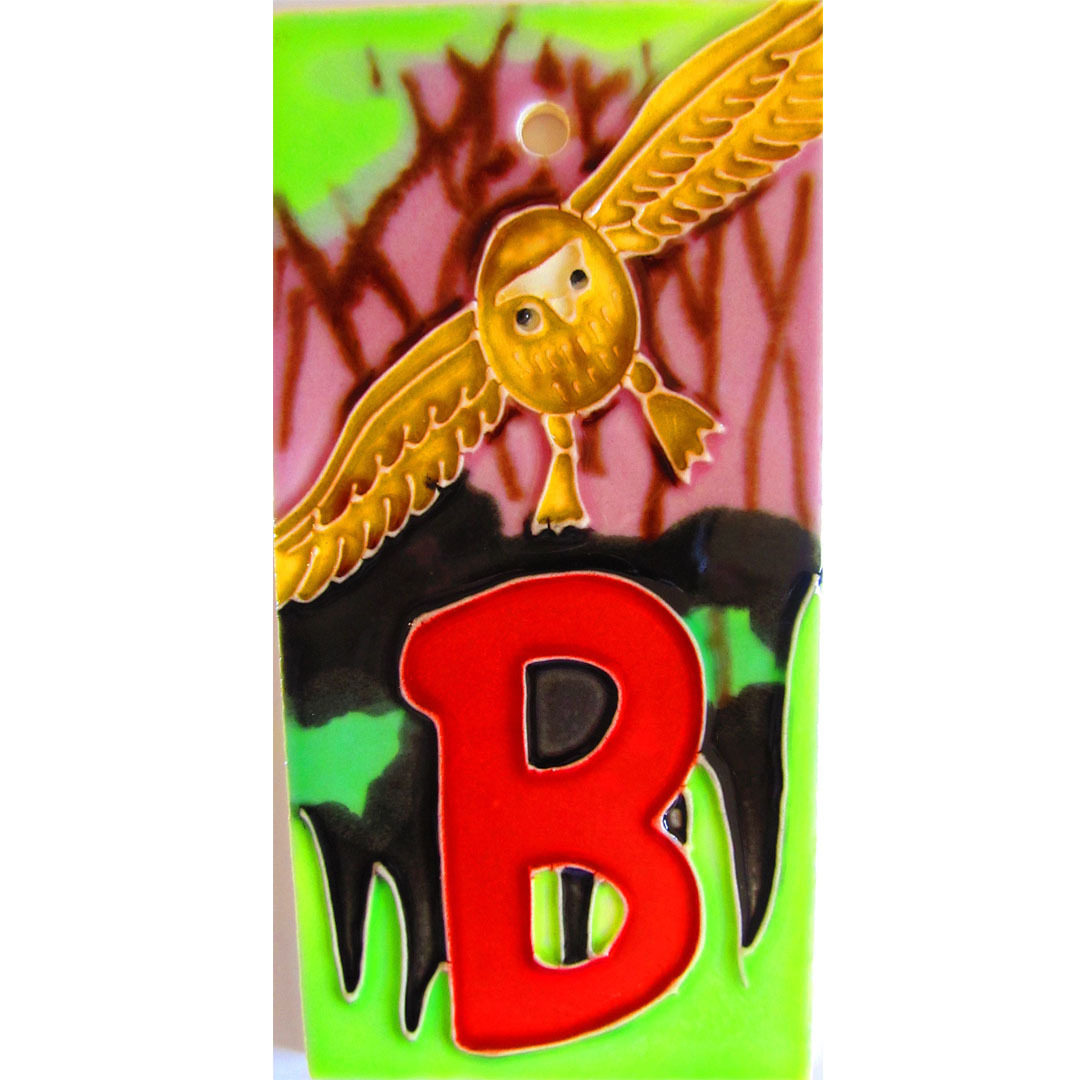 Letter 'B' under the wings of a flying Morepork owl. According to the Department of Conservation (DOC), "The native morepork is known for its haunting, melancholic call. This sound gives it the Māori name 'ruru'. Morepork are commonly found in forests throughout mainland New Zealand and on offshore islands." Our ceramic house number tiles were designed here in New Zealand by Monique Endt, an accomplished artist from Auckland.
Price:
NZ$ 17.25