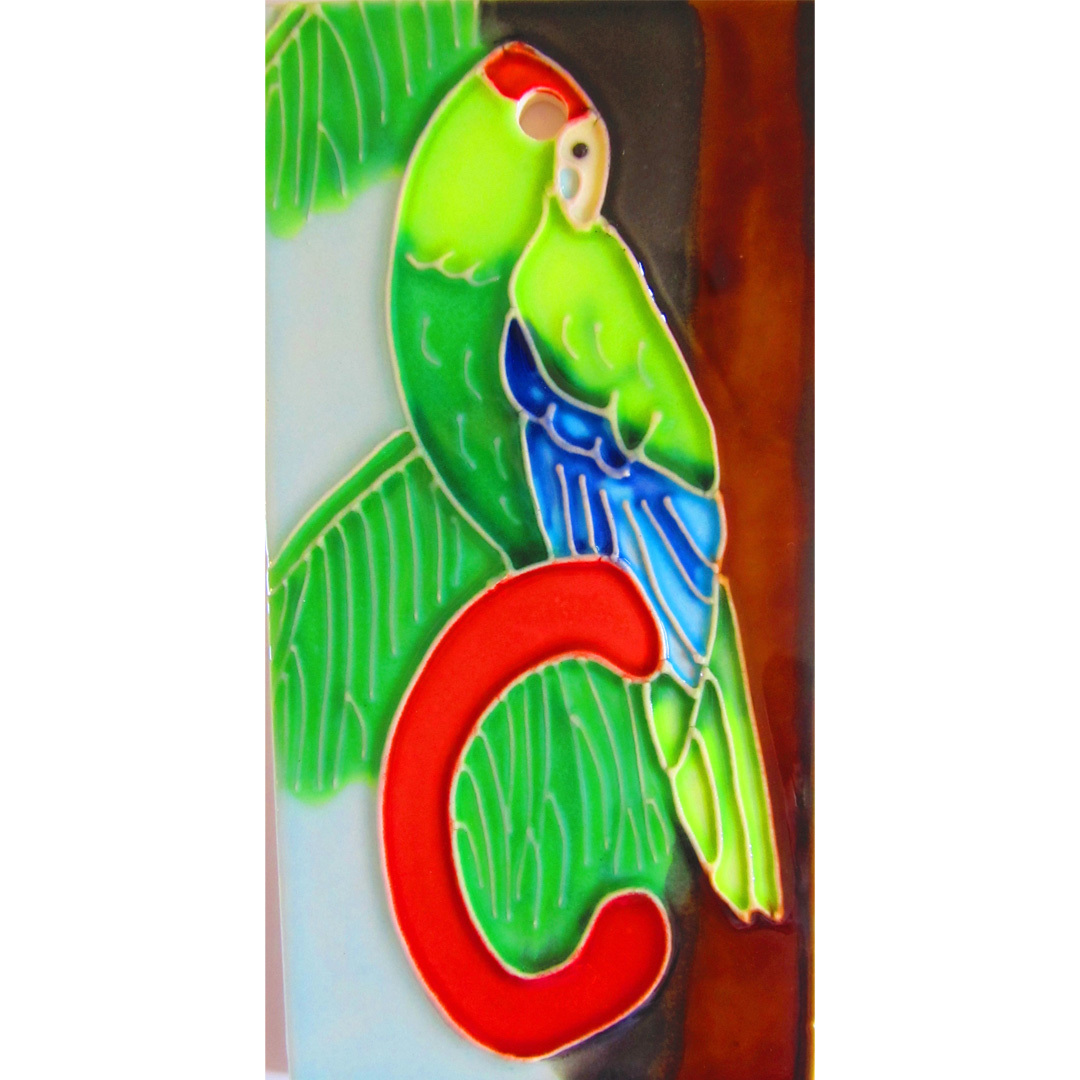 Letter 'C' under the feet of the Kakariki or red-crowned Parakeet. According to the Department of Conservation (DOC), "Kākāriki, meaning ‘small green parrot’ in Māori, are beautiful forest birds. They feed on berries, seeds, fruit and insects, and generally nest in holes in trees. There are five main species of kākāriki: Yellow-crowned parakeet Orange-fronted parakeet Red-crowned parakeet Forbes' parakeet Antipodes Island parakeet."
Price:
NZ$ 17.25